In 1984 Rob Berk put together a questionnaire that ran in Steve Young’s publication called Silverball Quarterly. The questionnaire basically said, "We are considering doing a national pinball convention. Are you interested? Would you come?" The resounding answer was "Yes, it would be a good idea."

Pinball Expo is the brain child of Rob Berk who grew up playing pinball.

His dream was to recognize his heroes – the pinball designers and artists that created the games he loved. With the help of Bill Kurtz and Mike Pacak, Pinball Expo became a reality taking place in Chicago, the home of pinball. Founded in 1985, Pinball Expo is the longest-running event dedicated to pinball. 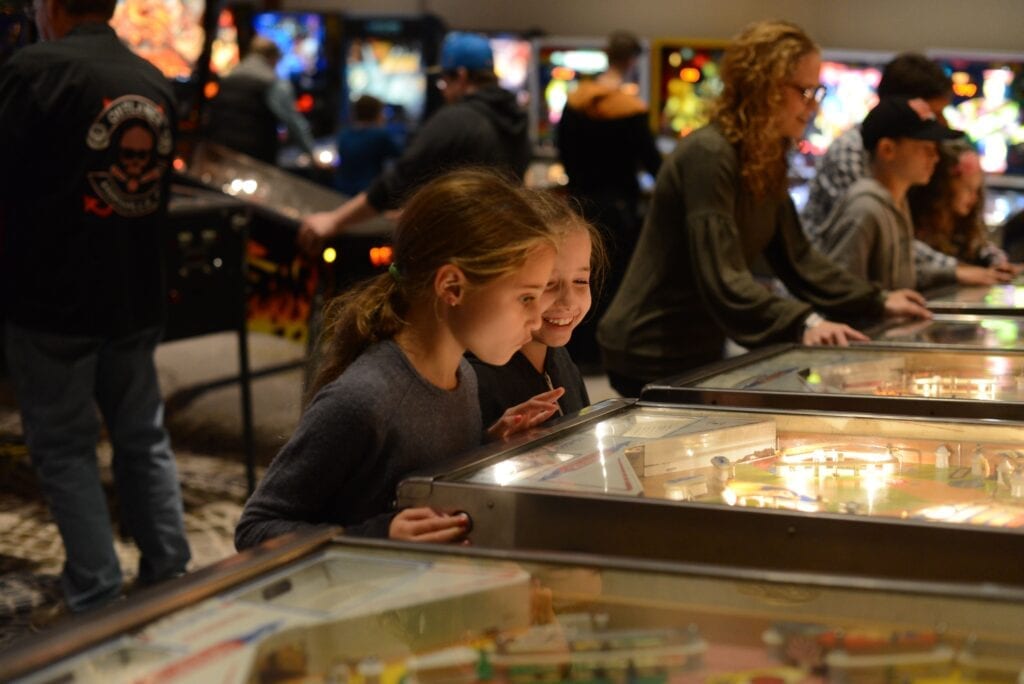 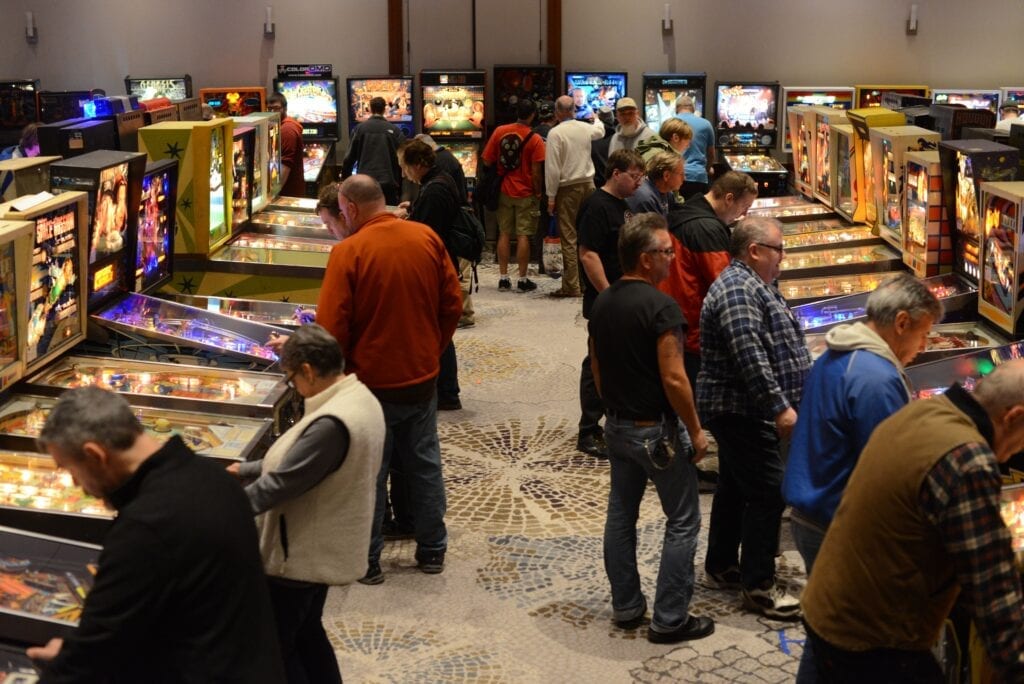 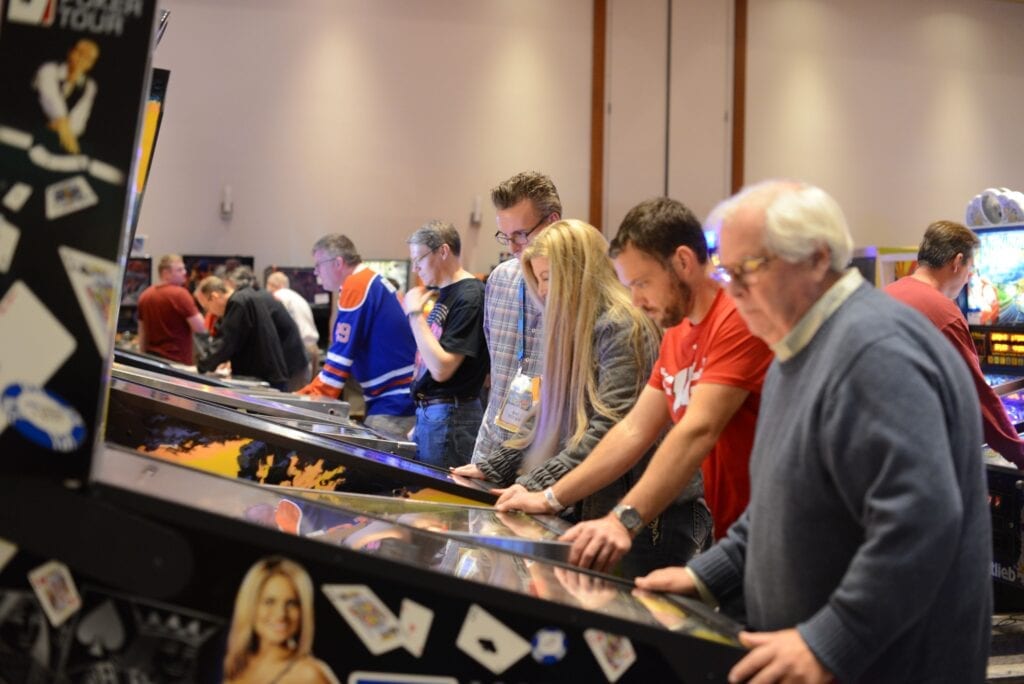 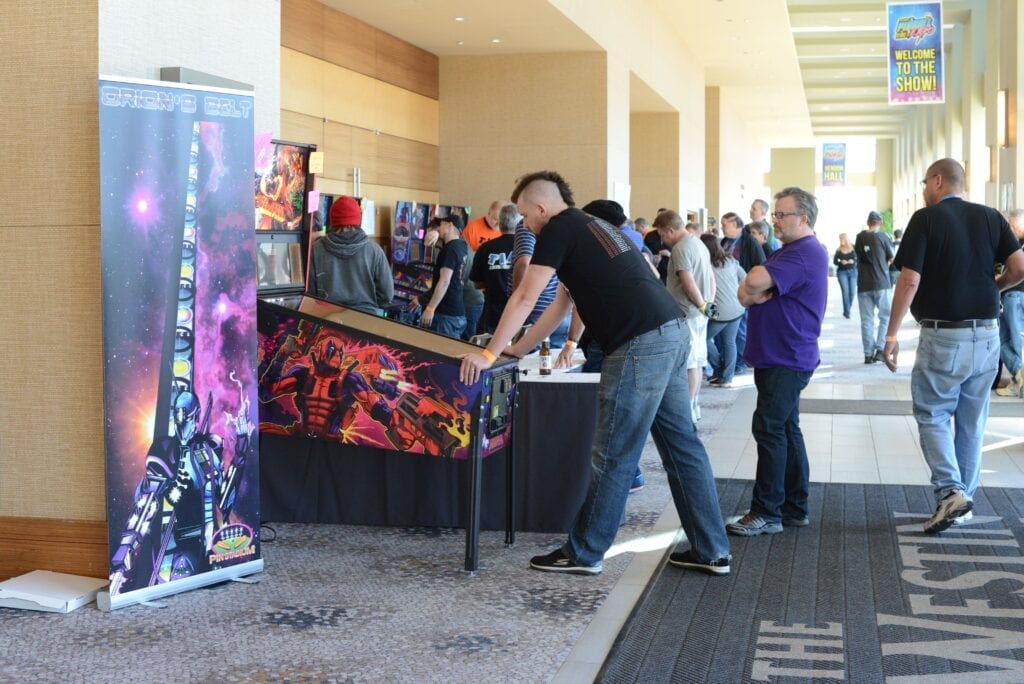 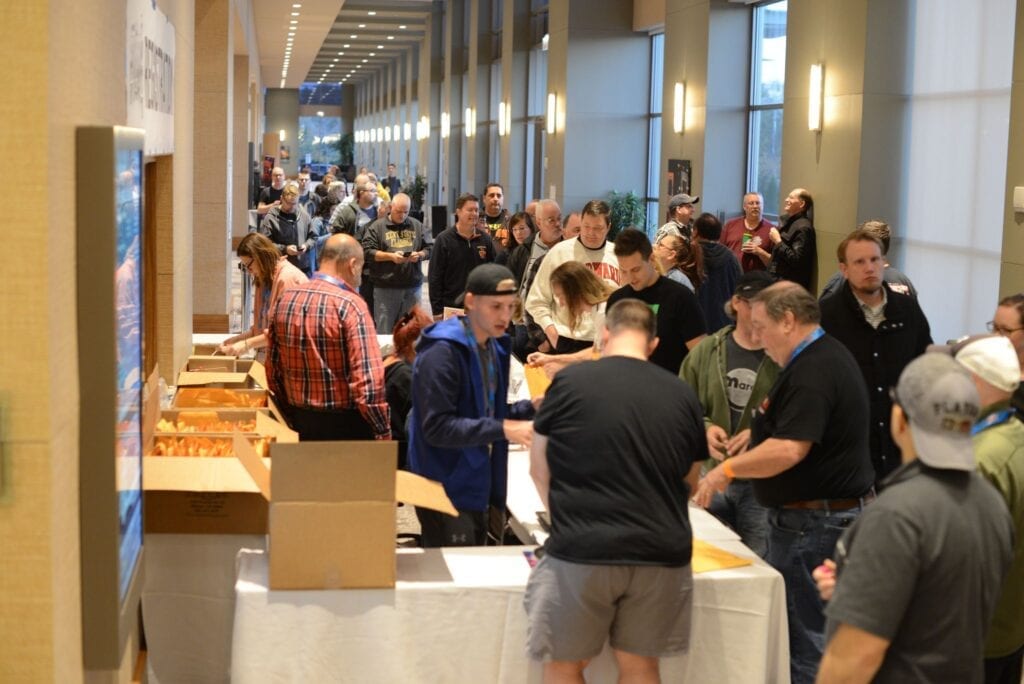 Although there was a 1948 United Baby Face pinball machine in his basement, it was during the annual family vacation to visit his aunt in Florida when a very young Rob Berk became completely captivated by the wonders of the silverball. As Berk remembers, “My dad, for whatever reason, always made it a point to take the kids to the arcade. I guess he liked pinball, so it was his way of introducing me to it. And it became our ritual. In fact, there was a bookstore called Alfies on Alton Road in Miami Beach that had two pinball games and we would just play for hours.” The connection and fascination intensified when Berk’s father added a D. Gottlieb Texan, manufactured in 1960 and the last 4-player wood rail game from the company, to the family basement.

Rob Berk’s life was to completely change when he started college at Kent State University in 1972 and discovered as he recalls, “…a room full of pinball machines as far as your eye could see, and that really got me going to the point where I decided I wanted to collect pinball machines from the 1960s.” The first game he purchased was a 1969 Williams Post Time, which also triggered his love affair for add-a-ball pinball machines. His collection has grown to over 750 pinball machines, spanning all eras, with his personal favorite electro-mechanical game still being that very first Post Time and for more modern machines, he counts Williams’ Medieval Madness at the top of the list.

It was this ardent passion for pinball that drew Berk into an entirely different enterprise that has endured far beyond his initial plan. With pinball all around him and reading books on the subject as well as joining a club of collectors who would get together once a month to play games, Berk had a thought that would not only change his life, but also change the fortunes of pinball for more than thirty years and counting.

Berk had an idea as he expressed, “I was such a pinball enthusiast, playing as much as I could and reading about the history of the machines and industry. In doing this I learned the names of the artists and designers responsible for the games and realized they were bringing me a great amount of happiness through what they were creating. And I thought wouldn’t it be something special to recognize them and pay tribute to them”. And so it was that Pinball Expo was born over the November 22nd-24th weekend in Chicago in 1985.

For the first time, there was an exposition dedicated to celebrating individuals, many of whom were around when pinball was starting out during the height of the Great Depression in the early 1930s. This exposition allowed collectors, enthusiasts, and hobbyists to show their appreciation. Berk established a program of seminars featuring such legendary individuals as Alvin Gottlieb, Steve Kordek, Norm Clark, Wayne Neyens—men who had shaped an industry. There were exhibits of old and new machines, parts, and a banquet to top off a weekend pinball lovin'.

This first Pinball Expo was an overwhelming success and what Rob Berk and his associates thought was going to be just a one-time affair, has endured and continued to thrive for years. Recognized by the Guinness Book of World Records as the longest running pinball exposition in the world, the Pinball Expo continues its tradition of paying homage to the wonders of pinball past, present and a peak into the future.

Beginning in 2021 the Pinball Expo was staged at the Renaissance Schaumburg Convention Center in Schaumburg, Illinois. The festivities included a tour of the Stern Pinball factory, a full schedule of speakers and seminars, pinball tournaments, a vendor hall to find anything and everything imaginable for the pinball curious, and a host of other activities that, once again, brought the best of what pinball means to so many. For more information, please contact Rob Berk at (brkpinball@gmail.com or info@pinballexpo.com); call 330-716-3139. Or contact us here.